The dancer inside – short film

Posted by gabrielproedl on 16. März 2016 in Allgemein |Keine Kommentare

The dancer inside is a short film I had been working on in early summer. It had its premiere on the 16th of March in Berlin.

„It’s a story about Robert, a man around 60 years old, who starts thinking about the meaning of life after his wife passed away. He comes to the result, that he hasn’t had a fulfilled life so far. He ‚alway’s planned everything, but never really did it‘ and didn’t notice, that ‚tomorrow is now, and now is yesterday‘. But suddenly, when he almost gives up, a dancer, deep inside him starts dancing and he regains his strengths…“ 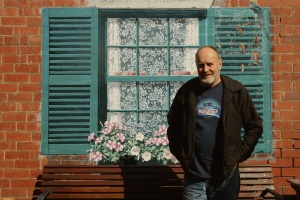 Peter has been active in Hobart theatre for over twenty five years. He has performed for almost every local theatre group, mostly as one of the leads. He has acted in numerous TV ads, including 100% (speaking) parts. He has apppeared in miniseries such as „Willessee’s Australians“, „The True Believers“ and recently played the role of Duncan in a full-length film production of „Macbeth“.

Chloe has been dancing since the age of 4 and singing since the age of 7. Her love for performing found her in her first musical; Beauty and the Beast at age 10 and her love for musical theatre and performance grew from then on. Chloe has been a part of a number of musicals including The Sound of Music, Thoroughly Modern Millie, Urinetown and In the Heights. In 2015 Chloe was accepted into the Victorian College of the Arts to study a Bachelor of Fine Arts majoring in Musical Theatre. 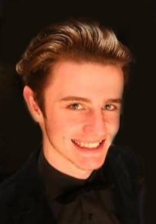 Ayrton Rose has been performing since the age of six as a singer, dancer and actor. His passion for performing has led him to experience a vast range of different performance opportunities including a principle role in IHOS opera companies The Barbarians, host and principle of Exitleft Performance Academy’s TV mini-series Kids Live, and guest artist at several significant corporate functions. His passion for film has only recently been discovered, but he hopes to pursue this further in years to come.

Tord Gustavsen is a jazz pianist and composer. He tours extensively world-wide, and he has been a bandleader for a trio, ensemble and quartet at various times, all bearing his name. He was kind enough to allow to use his music as the soundtrack for the film!

Having over five years of experience in film making, Izaak is mainly focused around cinematography and post-production editing and VFX. Just recently completing a Certificate III in Media he currently works full time at Blue Rocket Productions as a post-production assistant. Website: www.izaakbishop.net

Lawrence is an early-career writer/director. He holds a Certificate IV in Film Production and last year directed his first short film, “So It Goes”. He is currently studying a Bachelor of Screenwriting at the Victorian College of the Arts in Melbourne, Australia.

Narran started his career in sound in early 2013. Working on mostly live sound and musicals, he began to explore post production sound in late 2014. He has pursued his passion and is now studying a Bachelor of Arts, majoring in audio at the Australian college of the arts.